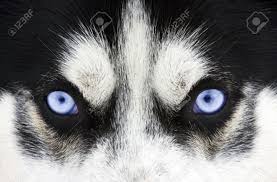 I didn’t mean to kill her.

Honestly I didn’t mean it at the time and I didn’t have any plans to do so before we met or at any point over our short time together.

I had only met Katy that night for heavens sake. I barely knew her, why would I want to kill her?

Yes I wanted to fuck her, she’s an attractive woman. But this was a first date. I didn’t even have sex on my mind never mind murder.

We had been speaking for ages before we met. Getting to know each other.

Chatting on the phone most nights until we fell asleep. Chatting most mornings while she lay in bed and I was on my commute.

I think that was over a period of about three weeks since our first online hello on match.com to our first date

No there wasn’t any sex talk. I’m not like that. I think if you’re looking for a relationship rather than a fuck then sex talk is inappropriate before you meet.

But most decent women would probably be offended and run a mile if you asked them if they liked it up the ass before you’d even bought them dinner.

Why did it take so long to meet? END_OF_DOCUMENT_TOKEN_TO_BE_REPLACED

A few stressed out days since last Friday.

The joys of being self employed, running a small business and having to produce end of year accounts.

I hate it .. I really fucking hate it!

It’s like this … Do admin, produce receipts, bank records, VAT records, invoices, validate them against payments.

Then make up my travel and subsidence payments as it’s the only expenses I genuinely have but what sad type keeps a record of every train receipt?

A life of admin, receipts etc ..

Or a life of concerts, music, fun?

There was only ever going to be one winner!

Anyway, got my arse chewed by HMRC – Her Majesty Rat-bags and Cu ..

Not out the woods yet but getting there, my bloody accountant is a wee pain in the ass, insistent, doesn’t let shit slide, gets too hung up on the detail.

And that nasally Hugh Keevins voice .. according to regulation 12 paragraph 15 of the Companies Act 2002 modified 2010 then you are liable to …

Aw shut up and tell me where to sign!

Can’t have fun all the time!

On the plus side, as part of that reconciliation of outgoing invoices against incoming payments I found that I hadn’t been paid for a few weeks in my last contact.

On the train .. 50 shades of Grey review looks like shit as bad as the books probably!

I’ll probably go see it anyway out of .. errrr … curiosity!

The 50 year old blonde … you know the type, all blonde, black and bling ..

Woke up this morning with my music on random, this old gem always makes me smile.

Can you hear me?

The reason I’m late is because I was up at Tommy’s this afternoon. …

I was up at Tommy’s this afternoon …

Yes darling, it’s not long til I see you again .. The next stops mine .. Can’t wait to see you.

All of the above spoken in the most camp effeminate voice by a small, chubby harmless little man .. Broadcasting his business to all and sundry.

There is something inherent about being on a mobile phone on the train that makes you raise your voice.

Like some comedy spoof .. I’m on the train .. With a huge old school mobile from the 80s.

The wee man was loud, but harmless.

But it was the next thing that I found unacceptable.

The 55 year old sitting opposite him drinking lager from the tin decides to intervene ..

That’s not what was actually said, but it’s close enough.

At this point theres silence .. No one says a word.

The wee man gets up and walks towards the door with angry man muttering something under his breathe.

I’m glad the wee mans away, it avoids the conflict. I can’t stand bullies and certainly not loud mouthed obnoxious dinosaurs like this one.

If anything more had occurred I’m sure I wouldn’t be the only person to step in.

He was chatting with some young dude for the next 10 minutes, the young guy stuck at the window listening to his drivel from homosexuality to leaving his wife for another woman to .. How he dumped that bitch .. to his collection of Johnny Cash albums.

I could see the young guy searching round for assistance, our eyes made contact for a moment to exchange a knowing glance but he was stuck between the window and a wannabe hard-man.

Fortunately for him, the young dude is getting off at Livingstone.

As he excused himself the dinosaur asks, who will I talk to now .. And looks around the carriage.

I can see him in my peripheral vision, but I ain’t going there .. No way.

Now our two adjacent 4 seat booths are empty .. I can feel his stare as I type.
END_OF_DOCUMENT_TOKEN_TO_BE_REPLACED

On my train home, sitting in my preferred 4 seat booth. The one with the small table to lean the iPad on while I type.

I was first to arrive and took the forward facing window seat, but the booth filled fast as the train was busiest than usual on its rush hour run from Edinburgh to Glasgow.

A lady sat opposite me, early 40s, slim to average build, pretty features, functional hairstyle. Attractive but more than a little mumsie.

No harm in that. She’s more than likely a mum holding down her job then going home to the kids. Good for her.

No wedding ring I notice, but why was I looking? Is that important or just art of observing people?

A guy joins me, pushing in beside me, late 30s, quite well built so it’s a bit of a push for two grown men sitting together and I’m sure that he’s as much aware of my shoulders as I’m aware of his.

Fortunately after a few minutes of pressure he relents, well there is more space aisle side and I had the carriage wall to push against so I wasn’t going anywhere.

The small games we play on public transport.

A few minutes later he’d pulled out his phone, stuck his headphones on, surreptitiously pulling sweets from his aisle side pocket and sneaking then into his mouth as if he was a naughty schoolboy and no one would notice.

Well we all noticed, but why would we care?

But it was my final journey-friend that caught my attention.

Well more than the other two, but I’m an observant guy and curious.

You may have noticed. 🙂

I’d seen this person a few times over the past few weeks and she did catch my eye, but this is the first time I’ve had a look at her up close.

Does it matter? Not to me it doesn’t.

But sitting looking at these two *women” sitting directly in front of me the differences just couldn’t be more exaggerated.

Contrast and compare … A very feminine woman, dressed down, mumsie vs A man in a dress.

I’ve no idea if this person is transvestite, transsexual or pre-op.

If it’s the simple case that she likes wearing a dress and living as a woman .. Fine no problem.

No really, if it makes her or you feel good to slap on some makeup and pull on a dress then go for it.

Although I do reserve the right to have an opinion.

Which for this particular case is … Regardless of gender .. You looking fucking ridiculous!

For fucks sake can’t you see that dress doesn’t go with those shoes and your make ups a disaster.

I don’t mean to be unkind but if I looked like that I’d like one of my friends to have a word.

The second and more interesting aspect is if she’s transgender – now that’s a real head fuck.

I have a friend who did the op, we used to play football together. Good player it has to be said and was a bit of a surprise when one Friday he announced that he’d always wanted to be a woman.

Now he’s had the op and is in a commuted settled relationship with a woman.

Beats the hell out of me.

I wonder if this lady opposite me is the same?

If he woke up one day and decided that he wanted to be a woman or that they’d always felt differently.

As a guy, I’m a guy, no doubts of who I am. I couldn’t imagine waking up one day realising that I didn’t live up to the perception of what men did and deciding that I was a woman trapped Una mans body.

I just don’t get it.

Even now, sitting opposite this person, if she has had the op, it doesn’t really make any difference, she’ll never be a real woman like the woman sitting beside her.

But hey ho each to their own. She’s not doing anyone any harm.

Over the course of the journey, I’ve had the odd glance at her as I write this story.

She’s been checking me out. I’m sure she’s wondering what I’ve been writing about over the past 30 minutes.

He just sat across from me ..

This large fat guy, taking up the seat and a half opposite in the 4 seat booth as we hurtle towards Edinburgh.

I’m not really bothered about that,  that’s his business.

But he’s chucked his sandwich and juice on top of my folded newspaper that I’m currently reading and fully opened and spread his paper flat out across mine.